Google Chrome Has Been Draining Laptop Batteries for Years 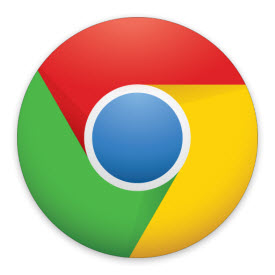 If you’re running Windows 7 or earlier on a laptop and you use Google Chrome as your Web browser, your battery is being unnecessarily drained.

With Windows 8 and later, the problem no longer exists, and thanks to a recent report in Forbes, Google itself has finally committed to fixing the issue, which it has known about for six years.

The reason Chrome has been killing battery life and slowing down laptop performance is that it forces the Windows system clock tick rate to 1 millisecond, where the default is 15.625ms. This is the frequency at which the processor responds to requests from programs. Internet Explorer, by contrast, only increases the tick rate if the browser is engaged in constant activity such as streaming video. Chrome ups the rate even if it’s just showing a blank page.

The bug has been elevated to priority 1 on the Chromium project site, indicating that its resolution is a requirement before the next version of the browser can be released to the public. Windows 8 users aren’t affected by the issue, because that newer operating system, like Mac OS X and Linux, dispenses with the clock tick strategy, instead allowing the CPU to run at a low-power mode until called upon.

The Chrome bug tracking site points to a Microsoft Dev Center page that notes that setting the system clock tick rate to 1ms could reduce battery life by as much as 25 percent. Another Microsoft Dev Center page I found, however, states that “a single application that increases the platform timer resolution can decrease battery life by 10 percent.” Whichever number is correct, it’s a programming strategy that could mean the difference between your laptop lasting for the whole flight or not.

PCMag sister publication Geek.com states that Google and Chrome aren’t alone in flouting the coding best practice of keeping the clock tick at the system default when a speedup isn’t needed. It’s also the case that the tick rate is sped up systemwide, not just for the offending app.

So if you run Windows and need your battery to last, you have a few options: (1) Use another browser such as Firefox or Internet Explorer (since Opera now shares all of Chrome’s underlying code, switching to that won’t help); (2) Upgrade to Windows 8.1; or (3) wait for the next version of Chrome to be released.