Whether you own a powerhouse gaming notebook or a super-light Ultrabook, your laptop doesn’t amount to a hill of beans if it doesn’t offer good battery life. The idea behind the notebook PC is that it should let you work and play on the go, but if you constantly have to plug it in to juice it up, that defeats the purpose of owning such a portable device in the first place.

Battery life is one of the biggest factors that determine whether a laptop should be sought after or set aside by consumers. With that in mind, we put together this rundown of the laptops with the best battery life out there.

How we test battery life

We measure laptop battery life using the Peacekeeper Web browsing benchmark, which leans heavily on JavaScript. JavaScript is a commonly used programming language that’s found in content strewn about all over the Internet, making Peacekeeper a solid way to evaluate laptop endurance. We also tune down every display’s brightness to about 100 lux. Most people don’t keep their monitors and laptops at full luminosity, so to us, 100 lux sounds about right as far as typical user settings go.

Without further delay, here are the notebooks with the best battery life.

Which laptops have the best battery life?

The HP Slatebook 14 is a unique resident on this list, because it’s the only one that doesn’t run Windows. It’s not a Chromebook either.

The Slatebook 14 is actually an Android-powered laptop, which we don’t see often. While we’re not fans of Android when it’s housed in a traditional computing form factor, we do have to give credit where credit is due.

The Slatebook 14 handily outperformed many of our Windows-based review units in the battery life department to the tune of six hours and 52 minutes in Peacekeeper.

On top of that, when we reviewed it, it cost a measly $430. That includes a 1080p display, along with a solid keyboard, and a black/yellow exterior that reminds us of Batman’s costume.

Since then, HP has slashed the price to $400, as of this writing.

This isn’t the only ThinkPad on the list, which is a testament to the fact that Lenovo’s line of business notebooks are built to endure the rigors of a typical workday.

The Lenovo ThinkPad X240 lasted seven hours and 33 minutes (with help from an extended battery) in our Peacekeeper benchmark, but it brings much more to the table than endurance alone.

For instance, its luminous IPS display makes it easy to see stuff on screen, and the system is well built also. On top of that, it features a large wrist rest and touchpad, along with an excellent keyboard. The latter item is something the ThinkPad series has been famous for.

Good thing the X240 is sturdy too, because its warranty only lasts for one year, while competing models offered more when we reviewed this laptop.

Though the Dell XPS 13 doesn’t come close to offering the best battery life that today’s laptops have to offer, it boasts a complete package of features and components that are so solid, it earned a Digital Trends Editors’ Choice award from us.

For starters, the system’s body is attractive, and well built, consisting of a carbon fiber shell reinforced by silver accents. Plus, it’s easy to carry around, weighing only three pounds.

The XPS 13 is available in multiple configurations. The $1,200 model includes an Intel Core i5 processor, 8GB of RAM, and a 128GB SSD. That should be more than enough to handle just about any workload you throw at it.

The Acer TravelMate P645 is thin, easy to carry around, offers a plethora of ports, and also one of the longest-lasting laptops that have come through our offices.

The P645 took eight hours and two minutes to take a nap while running our Peacekeeper test. What’s more, it doesn’t conserve battery life by skimping on its internals and wielding low-power Atom hardware. The P645 we tested was loaded with an Intel Core i7 CPU, which got excellent SiSoft Sandra and 7-Zip processor benchmark scores.

If you want a laptop that might be a descendent of the Energizer Bunny, go for the Lenovo ThinkPad T440s.

This unit, with an extended battery, lasts a whopping 14 hours and 32 minutes on a single charge. That absolutely crushes everything we’ve tested in recent memory.

On top of that, the T440s boasts a fantastic keyboard, though the touch-pad is problematic. Our review unit packed a solid slate of specs, including an Intel Core i5 processor, 8GB of RAM, and a 128GB SSD. That should be more than enough to get you through the workday, whether you’re multitasking from nine to five, or laboring by the moonlight. 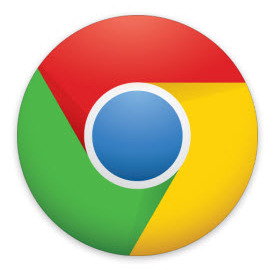 If you’re running Windows 7 or earlier on a laptop and you use Google Chrome as your Web browser, your battery is being unnecessarily drained.

With Windows 8 and later, the problem no longer exists, and thanks to a recent report in Forbes, Google itself has finally committed to fixing the issue, which it has known about for six years.

The reason Chrome has been killing battery life and slowing down laptop performance is that it forces the Windows system clock tick rate to 1 millisecond, where the default is 15.625ms. This is the frequency at which the processor responds to requests from programs. Internet Explorer, by contrast, only increases the tick rate if the browser is engaged in constant activity such as streaming video. Chrome ups the rate even if it’s just showing a blank page.

The bug has been elevated to priority 1 on the Chromium project site, indicating that its resolution is a requirement before the next version of the browser can be released to the public. Windows 8 users aren’t affected by the issue, because that newer operating system, like Mac OS X and Linux, dispenses with the clock tick strategy, instead allowing the CPU to run at a low-power mode until called upon.

The Chrome bug tracking site points to a Microsoft Dev Center page that notes that setting the system clock tick rate to 1ms could reduce battery life by as much as 25 percent. Another Microsoft Dev Center page I found, however, states that “a single application that increases the platform timer resolution can decrease battery life by 10 percent.” Whichever number is correct, it’s a programming strategy that could mean the difference between your laptop lasting for the whole flight or not.

PCMag sister publication Geek.com states that Google and Chrome aren’t alone in flouting the coding best practice of keeping the clock tick at the system default when a speedup isn’t needed. It’s also the case that the tick rate is sped up systemwide, not just for the offending app.

So if you run Windows and need your battery to last, you have a few options: (1) Use another browser such as Firefox or Internet Explorer (since Opera now shares all of Chrome’s underlying code, switching to that won’t help); (2) Upgrade to Windows 8.1; or (3) wait for the next version of Chrome to be released.

Batteries don’t last forever. Like everything except diamonds and viral tweets, they eventually wear out. But with proper care, a laptop battery can still carry a sufficient charge until you’re ready to move on to a better laptop.

But it’s a tradeoff. Taking the best care of your laptop battery just may be more of a hassle than it’s worth.

So let me start with a less effective, but more practical approach:

When you’re at home, running the laptop on AC power, and you believe that it will stay plugged in for a week or more, shut down the PC and remove the battery.

Then, when you need the battery, plug it back in. If it’s been more than two months since you last used the battery, check it and charge it before taking it on the road.

Of course, you should never remove or insert a laptop battery while the laptop is running. Always shut it down first.

For the absolute best results, never charge it past 80 percent or let it drop below 20 percent. When you’re working on AC power, keep an eye on the battery’s charging.  When it hits or passes 80 percent, shut down your computer, remove the battery, then reboot. When it’s time to take the laptop on the road, shut it down again and reinsert the battery.

And when you’re using the laptop on battery power, shut it down before the battery drops below 20 percent, and don’t start it up again until you have AC power.

As I said, probably more of a hassle than it’s worth.

One more thing: The hotter the battery, the quicker it degrades. So keep your laptop cool.